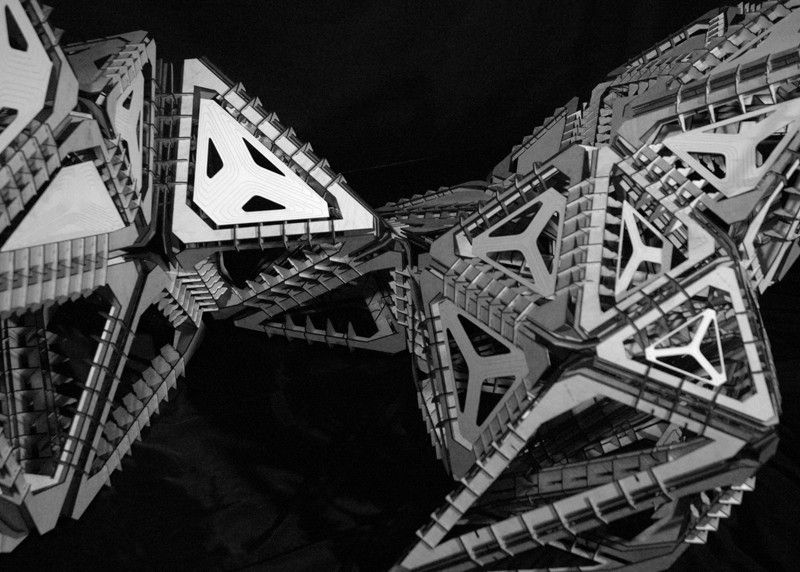 This project aims at investigating continuity of the computational design processes, starting from behavioural analysis systems, through generative procedures up to the final construction.


Proposed building is a result of a real-time programming based on a series of environmental and contextual parameters. Noise, pedestrian circulation, commercial activities and traffic fluxus are organized into a large scale responsive construction (shown on the Processing application above). 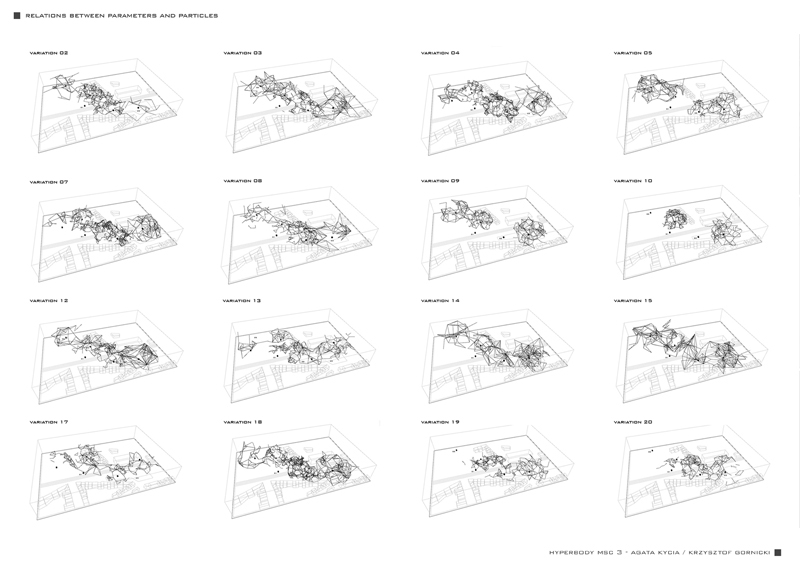 Resulting point cloud configuration became a base for component distribution. Each point in space is interpret as one of the vertices of the tetrahedron modules. Components vary in character depending on the location in space, proportions and programmatic requirement of a module. 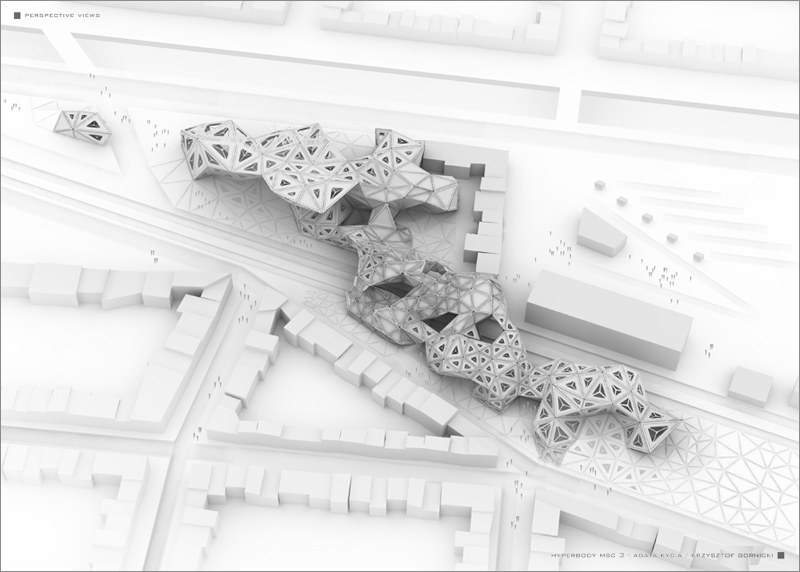 The new train station proposal creates a cross connection between the parts of the city disjoined by the railway tracks, performing in the same time as a sound barrier, activating the nearby neighbourhoods and providing a wide range of mixed-use facilities such as office, retail, leisure and cultural functions. Part of the building (shown on the picture below) was chosen for the prototype in scale 1:20, aiming to test structural and formal aspects of the project, as well as accuracy of the computational procedures and digital fabrication techniques. 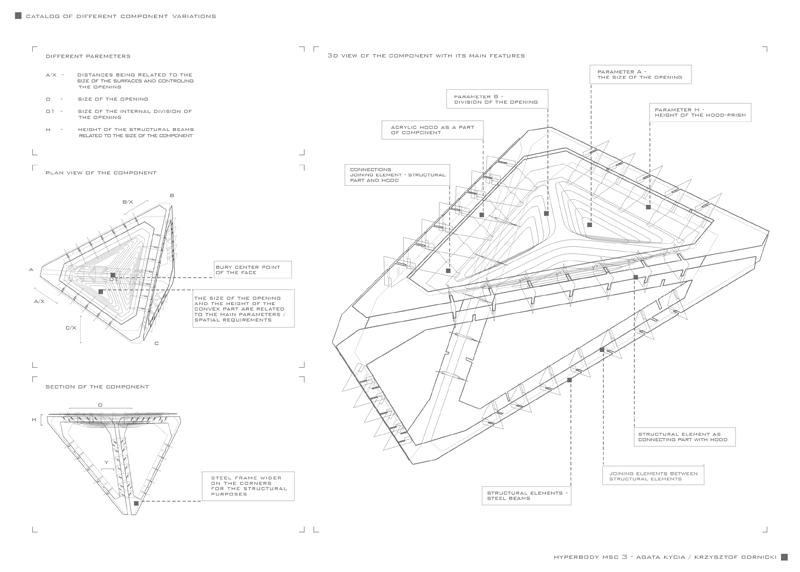 3 different fabrication techniques were used for the final prototype. All the structural beams and joints were lasercut out of 2mm plywood, while facade elements were vacuum formed out of 3D molds fabricated using 3-axis CNC milling machine.


Below you can see the sequence of the fabrication and assembly process: lasercutting all the structural modules and 2 different kinds of joints, creating wooden molds for the facade elements, which were vacuum formed out of one milimeter plastic sheets, and assembly process of all the elements (total 272 faces and 2856 different connections). 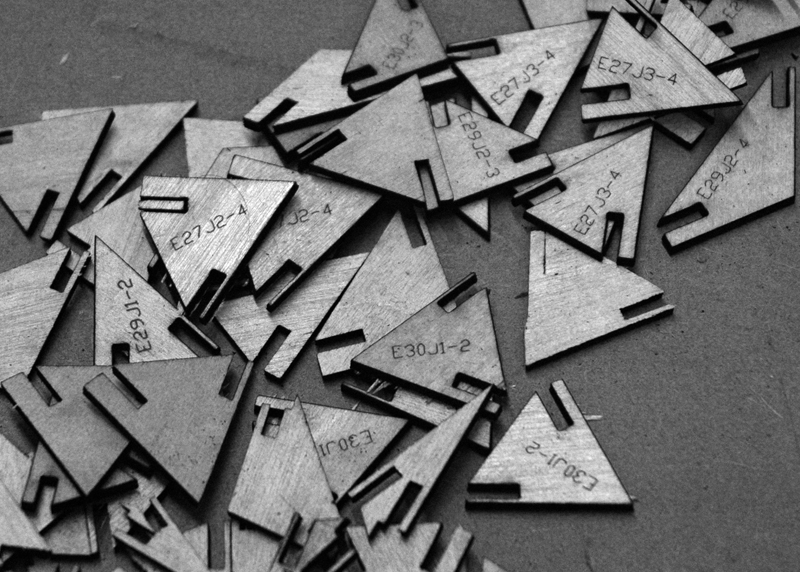 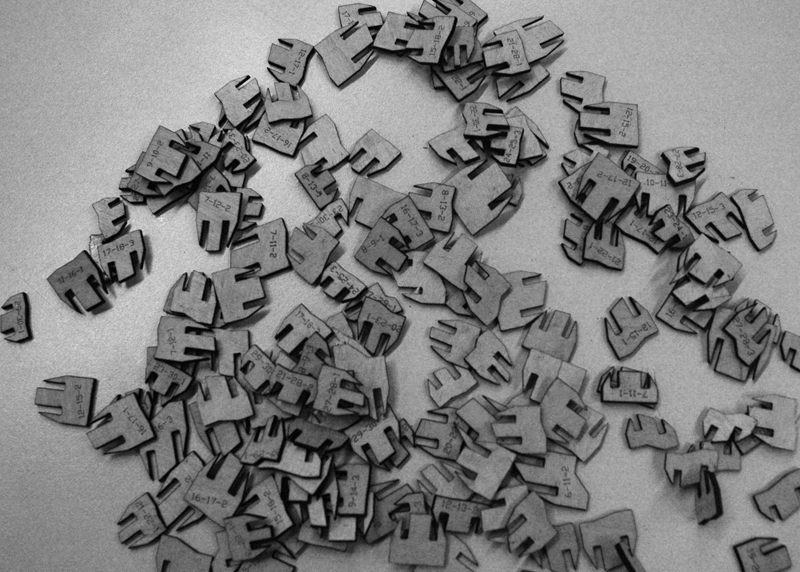 The prototype of the train station project done at the TU Delft in 2009 became part of the “Connecting Concepts”– exhibition of Dutch design, fashion and architecture. As a research project from Hyperbody Msc3 studio TU Delft, it was also shown at the DMY International Design Festival Berlin, taking place from Wednesday 6 through Sunday 10 June at the former Tempelhof airport. After Berlin, “Connecting Concepts” will move on to Istanbul.